duration
3 hours 20 minutes | 2 intermissions
composer
Georges Bizet
libretto
Henry Meilhac and Ludovic Halévy according to Prosper Merimée novel
World premiere
3 March 1875, Paris
Polish premiere
5 July 1882, Warsaw
premiere at the Krakow Opera
5 March 2010
language
Sung in French with Polish subtitles
description
In its first version Carmen was written in a form similar to a comic opera, where songs and spoken parts intertwined. This fact, according to the then custom, blocked the work’s way to the stage of Great Paris Opera and the first night had to take place in the Comic Opera. However, the audience of that place preferred light and funny musical comedies and did not appreciate the tragic ending of Bizet’s work - this is one of the reasons of a cold reception of Carmen. However the more important reason for an initial distaste of the public and critics for the opera was its innovative content. Bizet broke the unwritten tradition according to which topics of operas were to be taken from the world of myths and legends or old historical periods and life of the so called “higher spheres”. Instead of conventional heroes, often full of artificial pathos, the composer brought up living and contemporary people - soldiers, smugglers and female workers from a cigar manufactory.

As the time went by, incredible variegation of music, its vigorous temper and peculiar “Spanish” exoticism, artistry and elegance, splendor and brilliance, combined with an excellent libretto contributed to a complete triumph of the work. 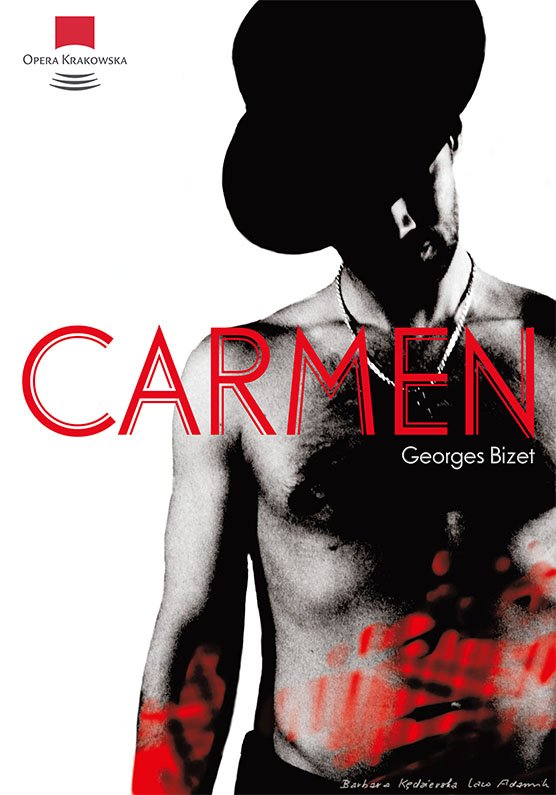 Soldiers from a nearby guard-house at a cigarette factory square in Seville are looking at the pedestrians. Micaëla, a young girl, is asking about her fiancé, Corporal Don José. Having learned from the Commander that the Corporal will arrive with change of the guard, she leaves, without paying attention to the soldiers’ taunts. The bugle sound announces the changing of the guard, and Captain Zuniga and Don José appear on the square. They are talking about the beauty of the women who work in the factory. The factory bell announces a work break: a crowd of women is leaving the gate, including the beautiful Gypsy, Carmen. Surrounded by suitors, she remains indifferent to their attempts. She gives themher own interpretation of love (habanera L’amour est un oiseau rebelle). Her attention is attracted by Don José, who is staying aside of the amusing crowd. She throws provocatively a flower to himon her way back to the factory. Micaëla appears again on the square, bringing a letter of Don José’smother to him, with amother‘s kiss attached (duet Parle-moi de ma mre). Don José is promising to marry Micaëla. At that time, cries are heard from the factory: Carmen quarrelled with her friend and wounded her with a knife. What is worse, she is mocking Captain Zuniga when he is trying to clarify the accident. Zuniga orders that the girl be tied and left under Don José’s guard. The Corporal is bewitched by the Gypsy girl (seguidilla Prs des remparts de Séville) and helps her to escape.

In the tavern owned by Lillas Pastii, Carmen, Frasquita, Mercedes other Gypsies dance for soldiers and smugglers. Carmen is learning from Captain Zuniga, who is also affected by her charms, that Don José, degraded and arrested for freeing Carmen, has done his time. At that time, Escamillo arrives in the tavern triumphantly, talking about the wonderful life of a Toreador (aria Votre toast). Carmen is denying his advances. She also refuses to travel with the smugglers, Doncairo and Remendado. She rather hopes to see Don José, who is heard singing (Halte-là! Qui va là!). She promises to his companions that she will introduce her beloved to the smuggling business. However, Don José refuses to do so. Carmen’s song is mixed with the bugle sound calling the soldiers back to their barracks. To keep Don José, Carmen accuses him that he does not love her. To prove his passion, he shows her the dry flower (aria La fleur que tu m’avais jetée). Captain Zuniga arrives in the tavern. His courting of Carmen make Don José jealous. The Corporal attacks the Captain by which he destroys his career. Now, he has to join the smugglers and escape to the mountains.

The smugglers are camping in the mountains for the night. Carmen seems to be bored with her love to Don José, but he cannot imagine to live without her. Frasquita and Mercedes are telling fortunes by kabala, learning of their luck, while Carmen reads rather death from her cards (aria with the cards En vain pour viter). The smugglers leave with the Gypsies whose role is to distract the customs officers. Only Don José remains to guard the camp.Micaëla arrives, searching for her fiancé (Je dis que rien ne m’pouvante). She is scared away by a distant shot.Don José was shooting at an unknown figure. That was Escamillo looking for a certain Gypsy girl.We learn fromtheir conversation that themen are rivals. They start to fight when Carmen and the smugglers arrive. A violent scene between the jealous Don José and Carmen is interrupted by Micaëla who brings the news that Don José’s mother is ill and wants to see her son before death. Don José leaves withMicaëla, noticing Carmen’smocking smile. The Toreador’s song is heard in the background.

The square before the arena in Seville is filled with a colourful crowd. All welcome Toreador Escamillo, accompanied by Carmen, obviously in love with him. Frasquita and Mercedes warn Carmen against Don José who was seen nearby. The Gypsy neglects warnings. Suddenly, the abandoned lover appears on the empty square, begging Carmen to come back to him (duet C’est toi? C’est moi). Carmen declares that she loves Escamillo, showing impatience since she would rather want to see Escamillo’s victory in a bull fight.When the audience announces the Toreador’s victory, Don José stabs Carmen with a dagger out of despair.