duration
3 hours 0 minutes
composer
Wolfgang Amadeus Mozart
premiere at the Krakow Opera
12.03.2021
description
It is believed that the theme of "The Marriage of Figaro" is the search for happiness in love, "Don Giovanni" is a treatise on the impossibility of love, while "Così fan tutte" tells about the imperfection of male-female relations, stretched between the idea of ​​love and the temptations of sex.

Mozart completed his "Così fan tutte, ossia La scuola degli amanti" or "So do all or School of lovers" at the end of 1789 and in January the premiere took place in Vienna's Burgtheater, conducted by the composer himself. The topic, based on the events that were discussed in Vienna, was said to have been suggested by the emperor himself. The libretto was written by the irreplaceable Lorenzo da Ponte, criticized in the next century for the triviality of intrigue, which resulted from the atmosphere of the epoch and social contexts rather than objective assessments. It was only the 20th century, or more precisely, its second half, that restored value to the work in which contemporaries found a reflection of their own anxieties, desires, feelings and doubts.

The theme of "Così fan tutte" is the exchange of partners between pairs of lovers and the testing of fidelity, of course, of women by men in the name of the bet that "they all do". And how will both sexes come out of this trial? Of course, this cynicism-lined story ends well, after all, the work is the most classic opera buffa. The composer himself would not allow us to fall into pessimistic moods, after all, music soothes manners. Mozart, writes Piotr Kamiński, "aims at a clearly defined dramatic goal: since we are talking about desire, senses, forbidden delights and love problems, music constantly tickles us, plays with instrumental color and inventiveness, caresses and shows claws".

The performance, in cooperation with Tomasz Tokarczyk, musical director, is prepared by an actor, director and teacher, expert in Italian culture and language, Jerzy Stuhr. This is the third production of this outstanding artist for our stage, after the well-received and awarded "Don Pasquale" and "The Barber of Seville". 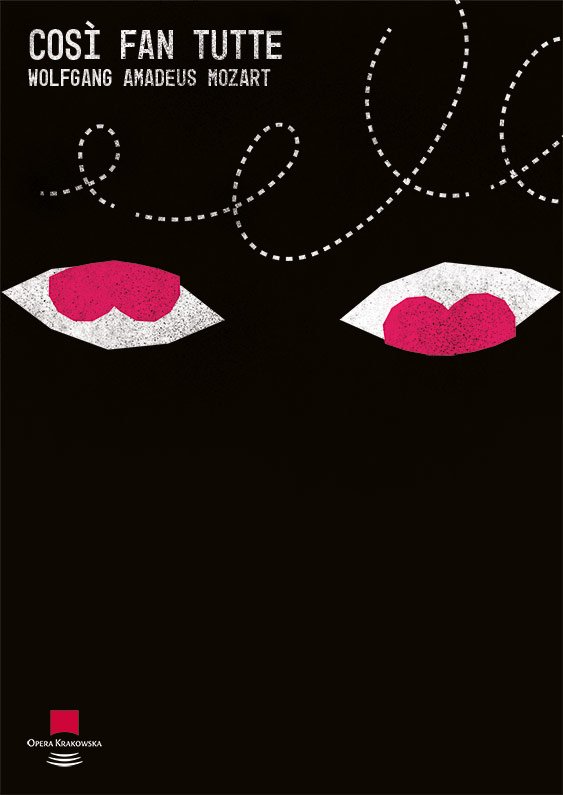 The performance is part of the celebration of the Małopolska Festival

The Elixir of Love

The Elixir of Love